Our organization was incorporated in 1987, shortly after being accepted as a Main Street Iowa community.

Nominations are now being accepted for the three-year board term beginning in 2023. Four directorships will be open. For information and the board application, click HERE. 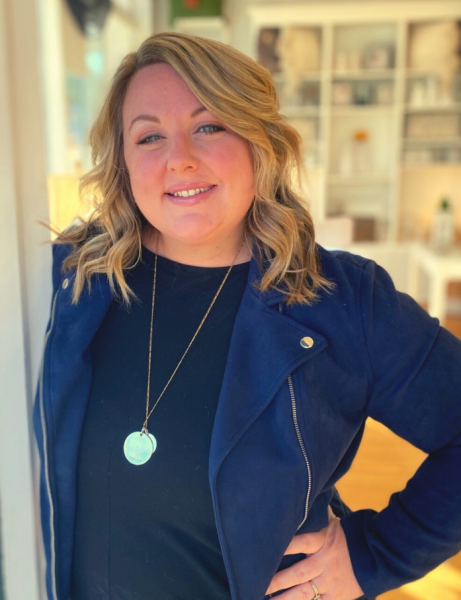 Meredith grew up in West Des Moines and is a proud Valley High School graduate. She attended Iowa State University where she held many leadership positions and graduated with a degree in Apparel Merchandising with an emphasis on marketing, consumer behavior, and entrepreneurship. Having many
years of professional experience in retail management, visual merchandising, buying, marketing and event planning, she also served as a board member for two non-profit organizations. In 2013 Meredith and her mother opened their store, MoMere, in Historic Valley Junction in a 500 square foot location and have grown it to a two story 4,000 square foot space offering home décor, gifts, women’s clothing, children’s clothing, men’s gifts and accessories. As a fourth-generation small business owner, Meredith is passionate about supporting our local community and the businesses in it. When she isn’t devoting her time to MoMere, Historic Valley Junction, or chairing the Historic West Des Moines Master Plan Update Steering Committee, she enjoys spending time with her husband, Nick, and their daughter, Edie. 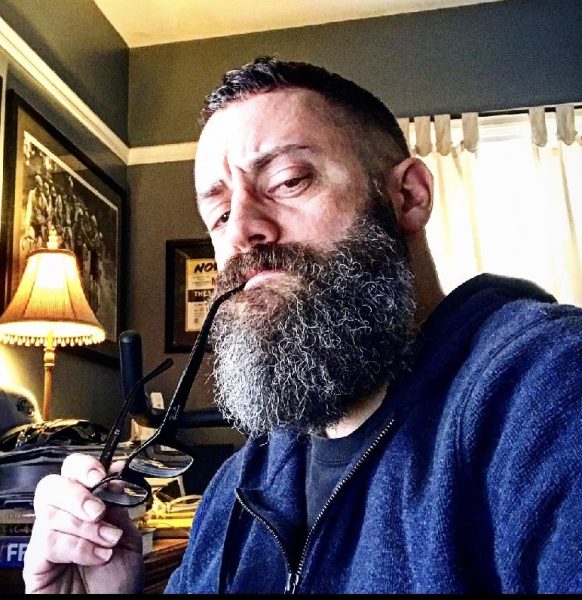 Ryan grew up in the Beaverdale and Urbandale area, starting a passion of cooking in his grandmother’s kitchen at a young age. He has worked in the food and beverage industry for 30 years, beginning as a dishwasher at age 15 and working every job imaginable. At 35 he opened his first restaurant, Cooper’s on 5th, which led to his offspring businesses The Winchester Public House and the Blind Pig Cocktail Bodega – all located in Valley Junction, as well as a residence. He works to show his great pride in his businesses as well as the neighborhood that supports him. When the restaurant business ultimately does him in, he will be survived by his wife Kara and daughter Kate. Until then, you will see him busy around the street working. 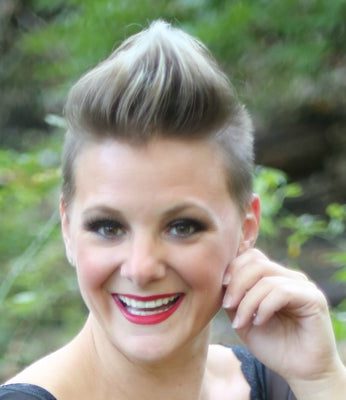 Felicia established and operated Iowa’s first aerial teaching program in 2012, making her the state’s first aerial coach and a pioneer of the Iowa aerial community. She has produced countless shows and events since moving back to Iowa with a focus on creating performance opportunities for amateur and up-and-coming performing artists. Iowa Fly Girl’s determination and unique performance style has landed her on the cover of Juice Magazine​ and The Des Moines Register​, featured on IPR, WHO 13, KCWI, and Iowa Graph Magazine, and awarded as Des Moines Best Artists in 2014 by Cityview Magazine​! Iowa Fly Girl is the creator and producer of the Aerial Expo​, Head Coach at Cirque Wonderland​, and the co-producer of the Misfit Cabaret​ 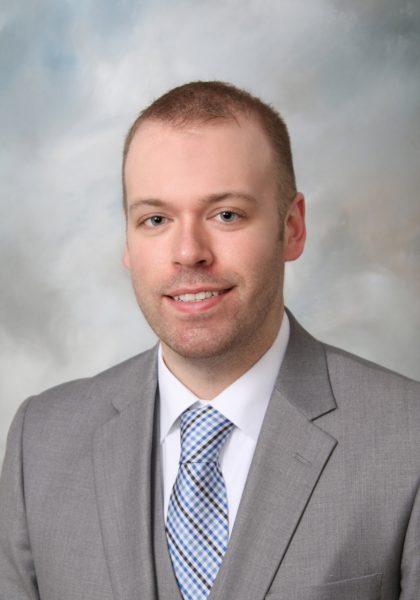 Jason grew up on a small farm outside of Ames and graduated from Boone High School. He started his banking career as a teller while going to school at DMACC. After moving to West Des Moines, he left the banking industry and managed several retail locations. He returned back to banking in 2017 by accepting the Branch Manager position at First National Bank in Valley Junction. He frequently volunteers in the community and graduated from the West Des Moines Leadership Academy in 2019. In his free time, Jason enjoys the outdoors, camping, and wrenching on his car collection. 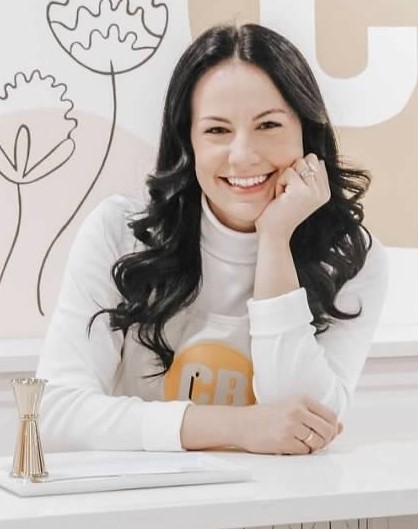 Chloe grew up in Eagle Grove, IA and graduated from Kirkwood Community College with a Culinary Arts Degree. After a few years in the food & beverage industry she opened Candle Bar DSM at age 26. Chloe has a passion for being integrated in the community she works in and is eager to support the future vision of Valley Junction. When she isn’t creating custom candles and mingling with others on 5th Street, she spends her time as a member of the promotions committee for Historic Valley Junction, while also enjoying her new daughter with husband Tim. 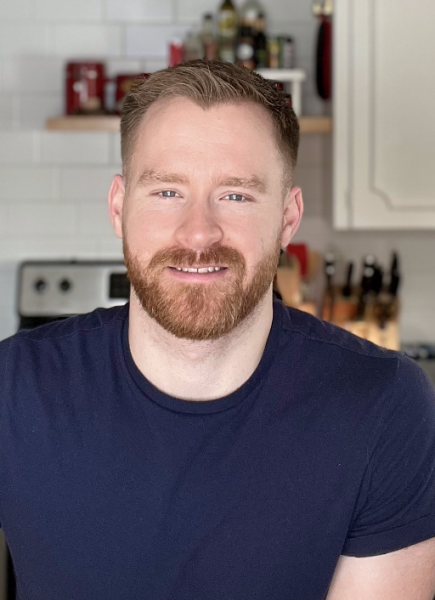 Mitchell hails from Cape Cod, Massachusetts – however, if you ask him where he grew up, he will tell you Neenah, Wisconsin. There’s a smattering of cities in between those, but in Iowa he has lived in Ames, the Quad Cities, Dubuque, Des Moines proper, and now Historic West Des Moines. Education brought him to the state of Iowa, where he attended Iowa State University to receive a Bachelors degree in Industrial Design. He started his career here via an internship with John Deere, where he continues to work as a User Experience Design Lead. In 2019, Valley Junction earned its place in his memories as his first home purchase, and it’s been an adventure ever since he got the keys. He wants to help strengthen the connection between the Foundation and residents in the surrounding neighborhood by bringing his skills in project communication and organization to the table, along with a growing network of new and established residents. 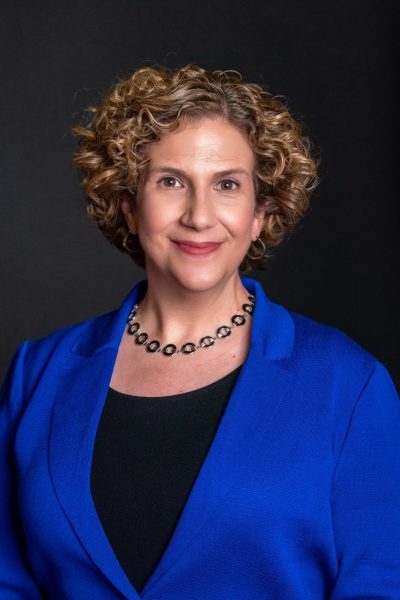 Claire was born in Des Moines and has lived in West Des Moines twice. From 1988-2001, she lived in Valley Junction – first in an apartment on 12th St, then on 5th St., where she had a home childcare business for seven years. During those years, Claire’s kids attended Clegg Park Elementary, which later merged into Hillside Elementary. She served two terms as PTO President at Clegg Park. After moving to Des Moines for a few years, she moved back to West Des Moines in 2012. As a marketing professional, Celsi worked for the Iowa Tourism office and the Iowa Economic Development Authority. Celsi served for five years on the board of Iowa Great Places, including when Valley Junction was designated as an Iowa Great Place. Celsi started a solo PR and marketing business in 2009. Claire is a graduate of the West Des Moines Leadership Academy and a former member of the Booster Pak Board of Directors. She is now a State Senator representing Valley Junction, West Des Moines, the west side of Des Moines and the small town of Cumming in Warren County. She is a graduate of Dowling Catholic High School and Drake University. 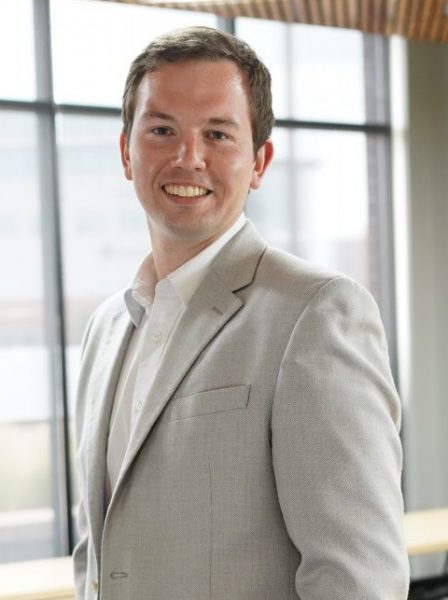 Tom is a transplant from Chicagoland who fell in love with West Des Moines. A two-time Drake University graduate, he now serves as the Senior Director of Membership & Strategic Marketing for the West Des Moines Chamber of Commerce and is committed to strengthening the West Des Moines business community. Divergent from his suburban Chicago roots, he appreciates the small town, yet urban feel of WDM and the ability to actively support independent, local businesses and entrepreneurs on a regular basis. Outside of his professional responsibilities, Tom serves as Chair of the Drake University Central Iowa Regional Alumni Board of Directors and is a member of the JDRF Greater Iowa Board of Directors and Dream Team Des Moines Leadership Team. He and his wife Sarah (a West Des Moines native) also sing in a variety of choral ensembles throughout central Iowa. 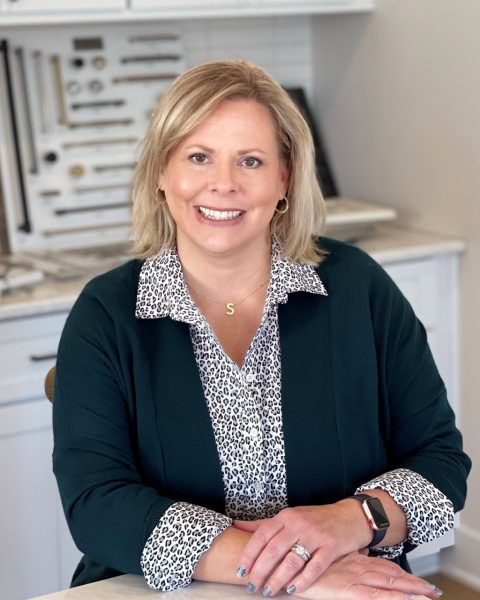 Steph grew up on a farm in the southwest Iowa community of Atlantic, where most of her family still lives. She owns Red House Remodeling, one of the area’s largest design-build remodelers, which she founded with her husband Ben Trannel, in 2009. Stephanie has enjoyed Historic Valley Junction from the outside, as a visitor, shopper and diner. In 2017, she relocated her remodeling business to HVJ after extensively remodeling a property in 400 block of 5th Street. Stephanie is excited to contribute to the development of the area as an insider and is an enthusiastic supporter of the small-business-owners who make HVJ so special. Stephanie has volunteered extensively in the West Des Moines school district and currently serves as the Co-President of Valley High School’s parent group. She is a member of the Remodeler’s Council of Greater Des Moines and participates in the annual Tour of Remodeled Homes. Stephanie and Ben have three teenagers who are students at Valley High School. She has a BA in marketing from Buena Vista University and an MBA from the University of Iowa. 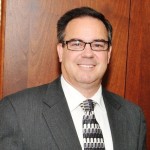 Kevin Trevillyan, City Liaison, represents Valley Junction (and all of Ward 1) on the West Des Moines City Council. Kevin is a 1980 graduate of Valley High School. He received a degree in Computer Aided Drafting and Design from Hamilton Business College. Kevin is a member of Gnemeth Masonic Lodge in West Des Moines and Za-Ga-Zig Shrine in Altoona. Kevin served six years with the United States Marine Corps Reserves and also 10 years with West Des Moines Emergency Medical Services.  Kevin is married to Cindi and has two sons Justin and Jack.

Steve Frevert, Executive Director, grew up in the Chicago suburbs in decidedly non-historic surroundings. He attended college in Beloit, WI and lived there for a number of years afterwards, getting involved in several historic preservation groups while working as a retail manager and newspaper correspondent. Moving to Chicago, he worked at the Frank Lloyd Wright Home & Studio and wrote for the Chicago Tribune before becoming a stay at home dad of twins. In Burlington, IA, he volunteered with the Main Street program for 5 years, then served 12 years as director. During that time, he was also active in several other nonprofit organizations and chaired the city’s preservation commission. He and his wife Rhonda have adult children Aleksandr and Katie. His passions include music, reading, photography, gardening, and anything having to do with old buildings. 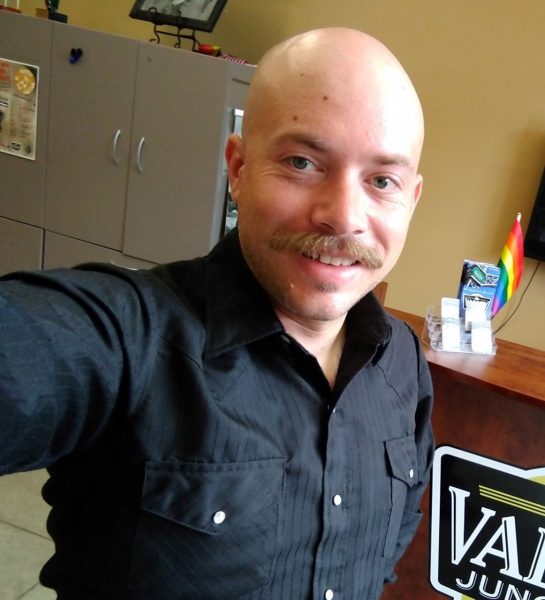 Larry Kaster, Event Coordinator, grew up in Ames and graduated from Ames High School in 2000. After high school, Larry lived in Nashville, Tennessee and Tulsa, Oklahoma before returning to central Iowa in 2010. He worked in events around the United States before attending Iowa State University, graduating with an Events Management degree in 2019. He currently lives in East Des Moines with his wife, Shannon, and two boys, Von and Asa. His passions are music, food, comics, hiking, and biking. 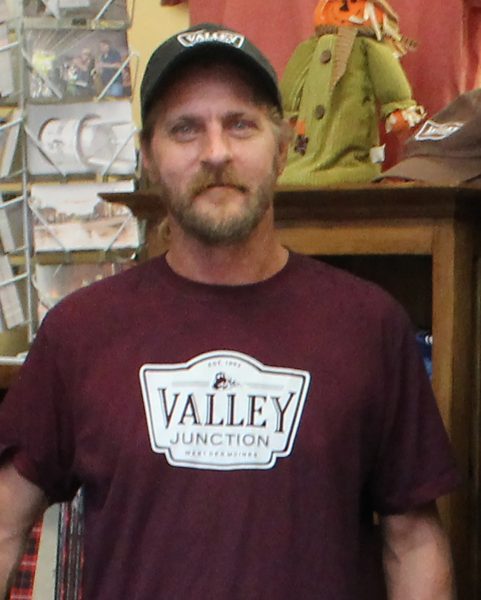 Jon Bouma, Venue Coordinator, is a Historic Valley Junction native, attended Valley High School and was a volunteer firefighter for West Des Moines for three years while learning how to become a brick mason. Jon now owns his own business, Bones Masonry Construction. Jon was a volunteer for Historic Valley Junction for 11 years before accepting a part-time position as Venue Manager in 2014. 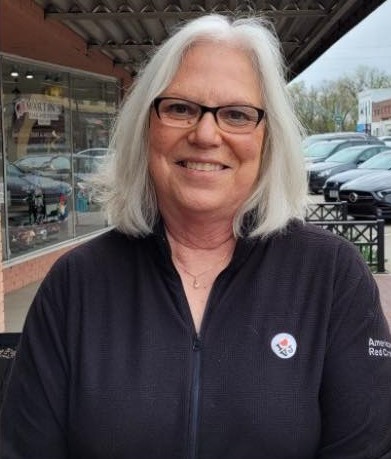 Bobbie Bishop, Office Assistant, grew up in Norwalk and is a graduate of Iowa State University. Having a passion for the work of non-profit organizations, she held communications positions at Iowa State University, the Iowa Department of Economic Development’s Iowa Community Betterment Program, the American Heart Association, and most recently with the American Red Cross, where her career spanned over 36 years. She currently is a member of the West Des Moines Community Education Advisory Council and volunteers for other causes within the community. Bobbie has lived in the Valley Junction area since the mid 90s and is a proud Valley Junction homeowner.